On thursday, june 9, 2022, the Ministry of Foreign Affairs and Development Cooperation organized an Open Day under the theme “economic diplomacy, the service of sustainable development in Burundi”. The activities took place at the Source du Nil hotel and were invited there, the Heads of Diplomatic and Consular Missions accredited in Bujumbura, the representatives of the International Organizations and the high authorities of the country. 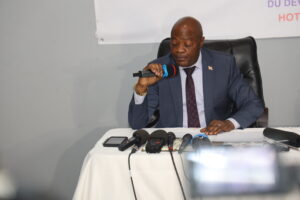 After the welcome speech of the Mayor of the City of Bujumbura Mr. Jimmy HATUNGIMANA, the Minister of Foreign Affairs and Development Cooperation HE Mr. Albert SHINGIRO proceeded to the official opening of the activities. 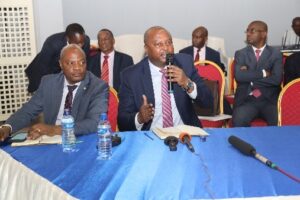 In his speech, HE Albert SHINGIRO said that the ultimate goal of the exercise is to show what the Ministry does on a daily basis, strengths, weaknesses, future prospects, challenges, etc.

For this year, the Open Day took place in a special setting where the Minister spoke of the great achievements recorded at the Central Administration since 2020, since the leadership of His Excellence Evariste NDAYISHIMIYE, the Head of State. The Minister also noted the main challenges facing the Ministry as well as future prospects.

At the level of Burundi’s presence in international and regional organizations, the Minister of Foreign Affairs and Development Cooperation indicated that he carried out intense diplomatic steps which led to results such as the election of Burundi as a member of the Peace and Security Council of the African Union followed by the presidency of this council by Burundi in apri 2022l; the decision of the Heads of State of the Monitoring and Evaluation Mechanism of the Addis Ababa Framework Agreement to grant Burundi the presidency of the 11th meeting of the mechanism in 2023; the election of Burundi to the vice-presidency of the 77th session of the United Nations General Assembly in New York and aims to assume its presidency in 2029; the election of the former President of Burundi Domitien NDAYIZEYE as President of the Panel of Elders of the African Union and Sylvestre M.NTIBANTUNGANYA former President of Burundi for the same position within the East African Community, etc.

Regarding the strategic relations between the Government of Burundi and the Diaspora, His Excellency Albert SHINGIRO indicated that the Ministry of Foreign Affairs and Development Cooperation attaches great importance to strengthening the bridges connecting members of the diaspora to their dear homeland. Several activities have been carried out to meet certain needs of the Burundian diaspora. 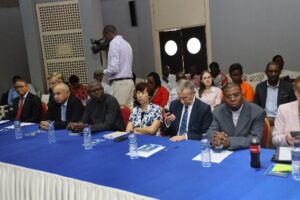 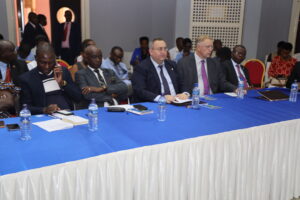 With regard to the main actions carried out at the level of the central administration, HE Albert SHINGIRO cited in particular; the development of a strategy for good governance, the fight against corruption and other economic malfeasance in line with the policy of zero tolerance to the phenomenon of corruption, the adoption for the first time in the history of Burundi of a foreign policy document; the adoption of a protocol guide for Burundi which is a frame of reference for the protocol units of the country’s institutions; the establishment, for the first time in history, of a law on the diplomatic service which will serve as the legal framework for managing the diplomatic career; the implementation of the Government’s policy aimed at transforming the State of Burundi into an owner State and not a tenant State, in particular by acquiring its own buildings abroad to serve as chancelleries and residences and the establishment of an internal and external institutional communication strategy to make Burundi’s diplomatic action well known to the international and national community.

The Minister of Foreign Affairs and Development Cooperation H.E Albert Shingiro, in closing, made known the main challenges among  others; the impact of the Covid-19 pandemic on Burundi’s diplomatic action, to which is now added the situation in Ukraine which has disrupted the supply chains of fuel and other basic necessities; the lack of sufficient means to carry out our foreign policy in good conditions as well as the strengthening of the capacities of certain executives of the Ministry; the unavailability of buildings that can house all the Department’s services in one place.

His Excellency  Albert SHINGIRO informed the participants about the prospects for the future, he indicated that Burundi will spare no effort to strengthen, deep, tone up and further diversify its relations of friendship, brotherhood and cooperation with traditional partners and at the same time a diplomatic offensive to go in search of new partners, with mutually beneficial and respectful partnerships; Continue to lead the implementation of economic diplomacy with five ramifications:  promotion of foreign investment and strengthening of the private sector,  trade;  technology transfer,  promotion of tourism,  promotion of infrastructure development at national and regional level.

The activities of the Open Day were continued with the presentation of a documentary film on the Ministry of Foreign Affairs and Development Cooperation as well as the presentation of the trade balance made by Captain Dieudonné DUKUNDANE Regional Director of the environment at the Lake Tanganyika Authority (Burundi, Tanzania, DRC, Zambia). Various interventions by the participants continued and the Minister thanked all the speakers for their observations and comments.

The activities of the Open Day ended with a lunch offered by the Minister in honor of his guests. 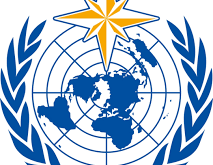 Vacancies at the WMO 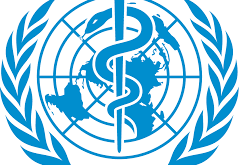 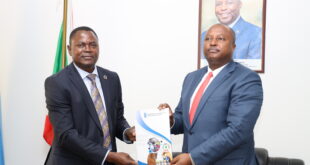 This Monday, September 12, 2022, the Minister of Foreign Affairs and Development Cooperation HE Albert …