Rainfall: 8 to 9 months of rain per year.

The Republic of Burundi is a country in the Great Lakes region of East Africa with 27,834 km² and 10.16 million of population. Neighboring countries are Rwanda in the North, Tanzania in the East and South and the Democratic Republic of Congo (DRC) in the West. The common border with the DRC is covered by Lake Tanganyika, the second deepest lake in the world that stretches over 677 km with 32,000 km2. It is observed along the south-west coast.

Lake Tanganyika, the most fish-rich in the world, is a home to at least 250 species of cichlid fish and 150 non-cichild species.

From the shores of Lake Tanganyika, the land rises sharply to create spectacular rock formations, gorges with waterfalls and hot springs. For animal lovers, the cloud forest in the north-west is a paradise for primates, while the Rusizi Delta is an oasis of tranquility and a paradise for birdwatchers.

Bujumbura, the capital of Burundi has an International Airport 10 kms from the city and is positioned in an ideal commercial hub. It is located 25 minutes flight from Kigali (Rwanda), 1h 20min flight from Nairobi (Kenya) and Entebbe (Uganda), 2 hours flight from Serengeti National Park and Zanzibar (Tanzania). 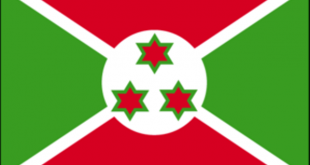 The Republic of Burundi