On October 1, 2021, the Minister of Foreign Affairs and Development Cooperation HE Ambassador Albert Shingiro participated in the online reception to celebrate the 72nd anniversary of the founding of the People’s Republic of China. 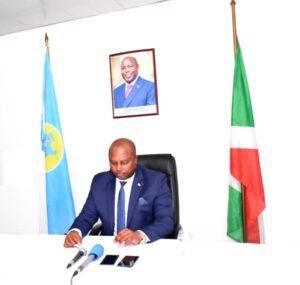 He said that it is because of the covid-19 pandemic which has hit hard all Nations of the world that this celebration is being organized online.

HE Albert Shingiro said the Chinese people have good reason to celebrate this 72-year anniversary with joy and joy. He went on to say that the founding of the People’s Republic of China in 1949 breathed new life into the Chinese people, heir to a millennial civilization, in their legitimate aspiration to build a politically stable, economically prosperous and culturally rich country in its diversity. He explained that since the opening of China to the outside, it has taken a prestigious path of development, with bold reforms initiated under the leadership of the Chinese Communist Party and the foresight of its senior leaders, especially with enlightened leadership of His Excellency Xi Jinping, and which have been crowned with great success.

He suggested that as proof of this success, China, which was a few decades ago in the grip of poverty, has become one of the most powerful economies in the world. Determined to continue its policy of win-win cooperation, China is working with other countries around the world to promote inclusive growth for common sustainable development. It is in this perspective that China has set up a policy of “one Belt and one road” to promote international cooperation which aims to promote a balanced global industrial development chain, continued Minister Albert SHINGIRO.

The Head of Burundian Diplomacy indicated that African countries, including Burundi, welcome the initiatives and commitments made during the Sino-African Cooperation Forum (FOCAC) during the 2018 meeting in Beijing in the People’s Republic of China.

HE Ambassador Albert Shingiro praised the excellent and historic relations of friendship and cooperation between the Republic of Burundi and the People’s Republic of China. He added that these relations have withstood the multifaceted vagaries of time and season because they are built on solid foundations of solidarity, sovereignty, mutual respect, win-win cooperation.

Minister Albert Shingiro said that the Government of the Republic of Burundi fully appreciates the excellent relations of friendship and cooperation that have existed between the two countries for more than half a century. Through its multifaceted support, China remains a reliable and sincere partner of Burundi. It has become a partner full of attention and concerned with Burundian development, said HE Ambassador Albert Shingiro.

The Minister of Foreign Affairs and Development Cooperation of Burundi indicated that the good relations between our two countries have made it possible to initiate and carry out development projects and programs in several sectors of national life, thus falling within the respect and implementation of the National Development Plan (PND) of Burundi, 2018-2027.

HE Ambassador Albert Shingiro took the opportunity to reiterate the thanks of the Government of the Republic of Burundi to the Government of the People’s Republic of China for its multifaceted and multidimensional support to the country. He paid a deserved tribute to Madam Ambassador, as well as to the entire team of the Chinese Embassy in Burundi for their commendable work accomplished in the country in such a short time, in the framework of strengthening the ties of friendship and cooperation between the two countries and the two respective peoples.

Previous Cooperation with Non-Governmental Organizations and Foreign Associations (NGOs): The Ministry of Foreign Affairs and Development Cooperation is organizing a training workshop for monitoring and evaluation for interministerial committee members.
Next Delegation of Japanese International Cooperation Agency (JICA) 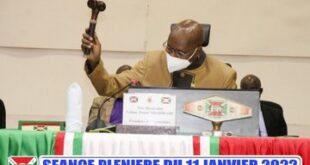 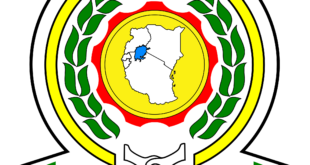 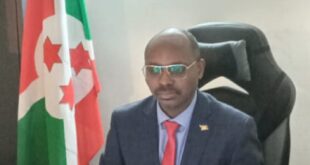 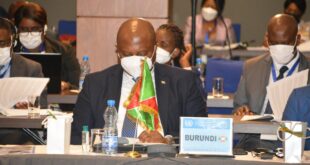