This October 1, 2021, the Minister of Foreign Affairs and Development Cooperation HE Ambassador Albert SHINGIRO received in audience the new Resident Coordinator of operational activities of the United Nations development system in the Republic of Burundi Mr. Damien Mama who came to present his letters of appointment, by the Secretary General of the United Nations.

In their exchanges, Mr. Daniel Mama was very pleased to be mandated by the Secretary General of the United Nations for a mission in Burundi, a country in which he had carried out a mission 16 years ago, as Regional Electoral Coordinator in within the United Nations Operation in Burundi (ONUB). He thus expressed his firm will to collaborate well with the Government of Burundi. 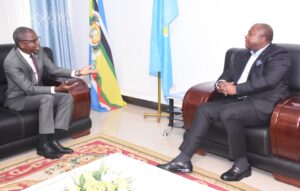 The Minister of Foreign Affairs and Development Cooperation HE Ambassador Albert Shingiro, in turn congratulated Mr. Daniel Mama on his appointment, a mandate which is translated as a recognition by the Secretary General of the United Nations of what Mr. Mama has already done for the organization. He also reiterated his support and full cooperation.

The Minister Albert Shingiro took this opportunity to let the Resident Coordinator, Mr. Mama, know that Burundi is now in a phase of capitalizing on peace which is also a phase of the socio-economic development of Burundi. He also said that today, the President of the Republic of Burundi H.E Evariste NDAYISHIMIYE is focusing in his policy on socio-economic development. He also expressed the wish that the United Nations System continue to support the Government in its development program. He indeed underlined that the President of the Republic of Burundi prioritizes concrete actions and the results of what is achieved.

In accordance with various provisions of the United Nations, he will assume overall responsibility for the coordination of operational activities for development, carried out in Burundi, and will play, in this context, the role of team leader.

Previous Cooperation with Non-Governmental Organizations and Foreign Associations (NGOs): The Ministry of Foreign Affairs and Development Cooperation is organizing a training workshop for monitoring and evaluation for interministerial committee members.
Next Celebration of the 72nd Anniversary of the Founding of the Republic of China 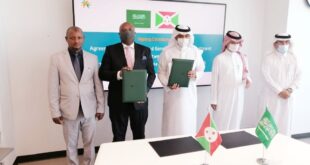 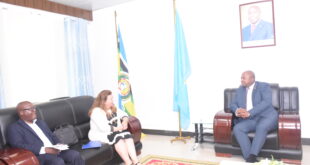 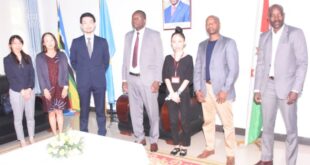 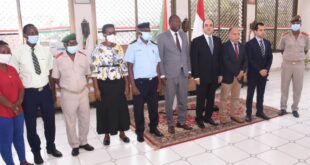