As part of the popularization of the National Diaspora Policy, the Ministry of Foreign Affairs and Development Cooperation organized regional sensitization workshops on the National Diaspora Policy for the Governors of the Provinces and the Communal Administrators of Burundi. These workshops are organized region by region; West region (Rumonge, Cibitoke, Mwaro, Bubanza, Bujumbura and Bujumbura-Mairie Province), Central region (Gitega, Makamba, Muramvya, Rutana, Karusi, Ruyigi, Bururi and Cankuzo Province) and the North Region (Ngozi, Kirundo, Muyinga and Kayanza Province)

This Tuesday, April 13, 2021, at the King’s Conference Center, the Assistant to the Minister of Foreign Affairs and Development Cooperation Mr. Ferdinand BASHIKAKO proceeded to the solemn opening of the workshop at the level of the West region.

In his speech, Mr. Ferdinand BASHIKAKO reminded participants that since 2018 Burundi has adopted a strategic orientation instrument (National Development Plan of Burundi 2018-2027) whose objective is to establish priority programs of economic and social development towards the emergence of the country. He said that it is normal for sectorial implementation mechanisms to be set up in order to combine our efforts towards the expectation of tangible results. The combined efforts of all citizens both inside and outside the country are necessary. In this capacity, he announced that the role of the Diaspora in bringing this program to fruition is essential.

The Assistant of the Minister of Foreign Affairs and Development Cooperation indicated that the Government of Burundi has already made a lot of effort towards strengthening collaboration with the Diaspora. He cited in particular the establishment of a department in charge of the Diaspora within the Ministry having Foreign Affairs in its attributions since 2009 and the establishment of a Week dedicated to the Diaspora at the end of each month of July. He also announced that other actions aimed at facilitating the Diaspora have been taken by the Government.

He continued by recalling that the Burundian Diaspora has already engaged in the country’s development process through multiple actions.

Closing the workshop activities, the Assistant to the Minister of Foreign Affairs and Development Cooperation, Mr. Ferdinand BASHIKAKO, warmly thanked the participants and those who contributed to the organization of these workshops which are so important to achieve the development of the country.

Previous SPEECH OF HIS EXCELLENCY AMBASSADOR ALBERT SHINGIRO, MINISTER OF FOREIGN AFFAIRS AND DEVELOPMENT COOPERATION ON THE OPENING OF INFORMATION AND EXCHANGE SEMINAR FOR NEWLY APPOINTED DIPLOMATS.
Next The Ambassador of Burundi in the Kingdom of Netherlands carries out a raid in order to reinforce cooperation 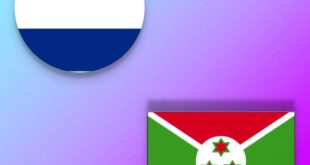