Prize giving to the winners of the Francophone Short Story competition

On Friday, November 13, 2020, the Director General in charge of Multilateral Relations at the Ministry of Foreign Affairs and Development Cooperation, Ambassador Remy BARAMPAMA, awarded prizes to the winners of the Francophone Short Story Competition, in the name of the Ministry which rewards the best texts young Burundian writers.

In his speech for the occasion, Ambassador Remy BARAMPAMA said that this competition of the Short Story is part of the celebration of the fiftieth anniversary of Francophonie 2020. He indicated that it is in order to encourage young people French-speaking writers to have confidence in their own creativity, so that French continues to shine in our country through local works. This competition raises awareness among these young people at the same time to improving the quality of their work and to the culture of excellence.

Ambassador Remy BARAMPAMA said that by honoring these young people, it was in order to foster a real motivation for all talented youth who are still hesitant to get into writing.

As he announced, this competition was aimed at young people between the ages of 15 and 35. 123 young people registered for the competition, 84 were selected to participate, while 67 young people were able to submit their texts on time. A preselection within the Ministry of Foreign Affairs and Development Cooperation selected 42 which were submitted to the jury, made up of writers who are members of the Association of Writers of Burundi to select the ten best short stories.

In closing, Ambassador Remy BARAMPAMA thanked the participants and the members of the Jury. He expressed the wish to organize this competition every year if the financial means allow it. 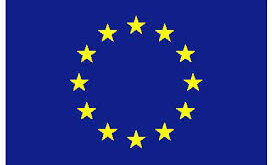 Validation workshop of the Statistical Annual of the Ministry of Foreign Affairs and Development Cooperation, 2019 edition

On Wednesday 09 December 2020, the Ministry of Foreign Affairs and Development Cooperation organized Open …